The next stages for Octopus 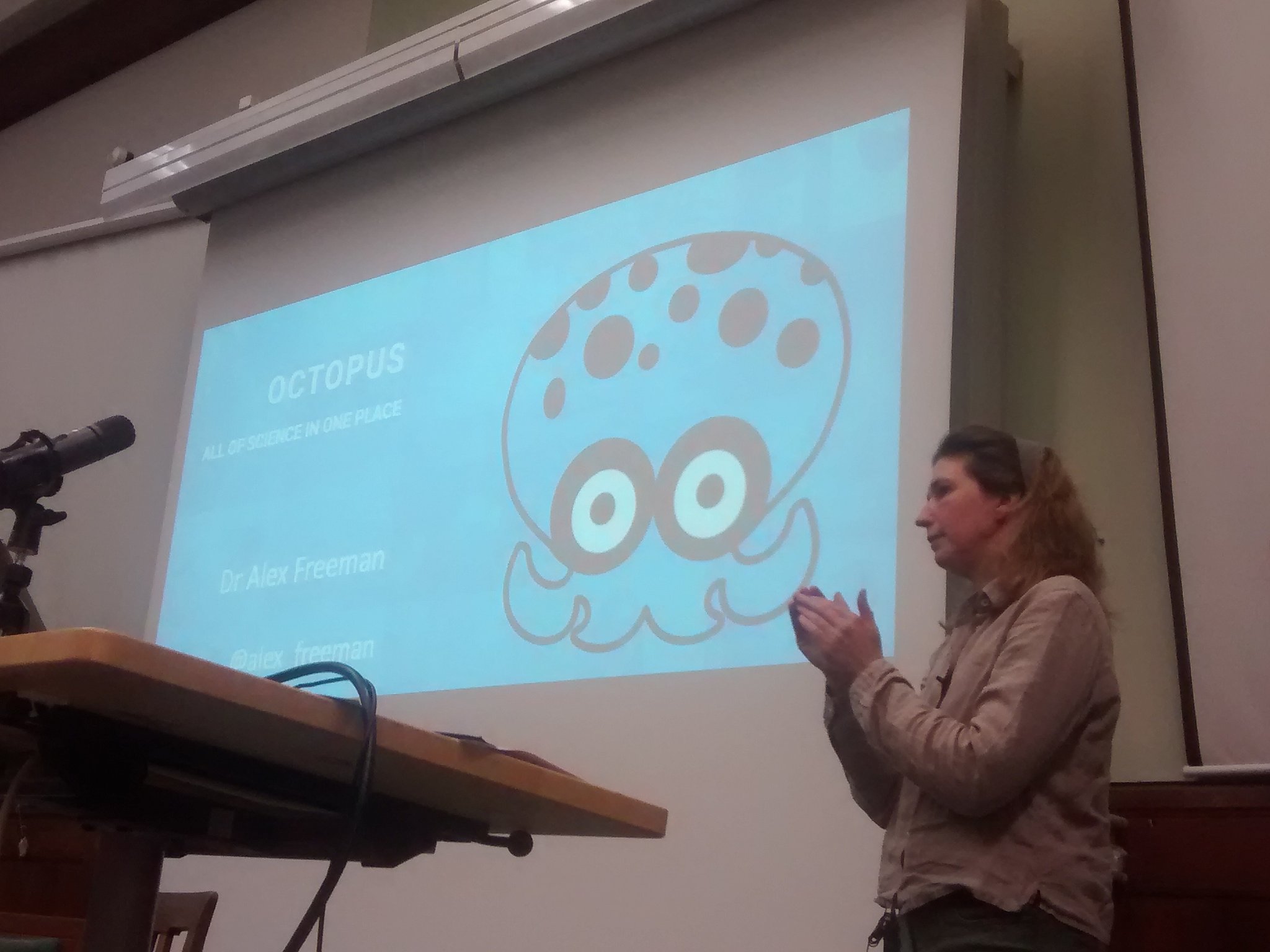 Success for Octopus at the Royal Society

On 2nd November 2018, I pitched Octopus to the Royal Society in London as part of their 'Improving Research Culture' event pitching competition. It won both the public vote and the judges', and I was also overwhelmed by the positive response from people Octopus at the event and afterwards. What perhaps surprised me most was that the judge who chose to give me the award was Magdalena Skipper, the Editor-in-Chief of Nature, who said that she and many other journal editors agreed that this sort of change was necessary (I had indeed previously already heard the same sentiment from the Editor-in-Chief of the BMJ and been taken aback then). The whole event was galvanising.

The award was £1000, which I am spending - as I said in my pitch - on some time with user-interface designers Science Practice, who worked on the original designs for Octopus pages at the eLife Sprint in May. We will produce more, detailed page layouts and wireframe walk-throughs to show exactly how Octopus will look and behave. This will allow me to do some initial user-testing, to make sure that it suits the needs of researchers across different disciplines, and also will act as templates to give to software engineers to build

One of my biggest concerns has been ensuring that all registered users of Octopus (those who can publish on it) are non-anonymous. I believe that ensuring every publication is permanently attached to a user's public, professional profile will ensure the highest standards in behaviour on the platform. However, I don't want to exclude people from the platform and want to ensure that anyone can publish regardless of their current affiliations. I was therefore hugely relieved to meet someone from ORCID who reassured me that they have this in hand! Creating an ORCID does involve validation of a person's stated credentials and they share my hope to be able to allow anyone to register. So, Octopus can use ORCID as a registration device. I have also had good advice on unique digital identifiers such as DOIs for each publication.

With those last major planning hurdles crossed it is now time to get on and build Octopus! The strength of positive responses from the Royal Society event and afterwards on social media (thanks to some tweeting and interviews) means that I have no doubt remaining that this is the platform that science needs - and needs as soon as possible.

Over the next month, then, Science Practice and I will be producing templates, which we will share here. At the same time I shall be doing all I can to find the right software engineers to start work building. If you can help, please let me know: I either need some very generous and principled people willing to help for free, or a funder who can help me pay people!